The three bobbleheads are individually numbered and currently available for pre-order. Like similar Rams bobbleheads that have recently released, the convertible car designs will not be restocked once quantities sell out.

Still available is a mini bobblehead scene of Donald, Kupp and Stafford with Rams House signage, and a version of the quarterback and wide receiver celebrating the game-winning touchdown from Super Bowl 56. 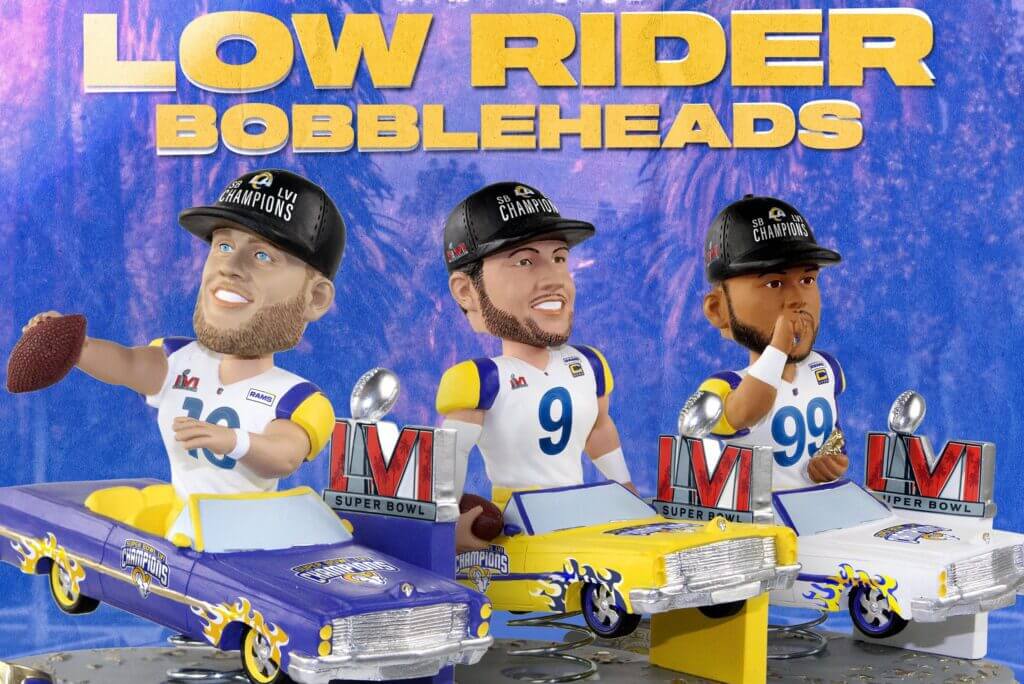 Kupp was named Super Bowl LVI MVP to cap off a remarkable season. He led the NFL in receptions (145), yards (1,947) and touchdowns (16), and was named the Offensive Player of the Year.

Donald had a key stop on third down and got to Joe Burrow to force the Bengals into a turnover that sealed the Rams’ 23-20 victory.

The Rams became just the second team in NFL history to win a Super Bowl in their home stadium. Coincidentally, both of those instances have come in the past two seasons, as the Tampa Bay Buccaneers accomplished the feat in 2021.

There was speculation throughout the Super Bowl that Donald would potentially retire, and it was considered even more of a possibility once the Rams won the championship. However, Donald no longer is believed to be leaning in that direction and may soon have a contract extension with the Rams.