FOCO released a final Los Angeles Rams bobblehead for Super Bowl LVI, with the latest offering featuring Aaron Donald celebrating after getting the definitive defensive stop against Joe Burrow and the Cincinnati Bengals.

Donald has been part of several Rams bobbleheads that were released by FOCO over the past few months. One of which paired him with Matthew Stafford and Super Bowl 56 MVP Cooper Kupp. Like prior Rams bobbleheads, the Donald ring celebration is limited and won’t be restocked once quantities sell out.

Donald had four tackles in the 23-20 win over the Bengals, which included a pair of sacks and two tackles for loss. Donald unveiled the ring celebration after the Rams defeated the San Francisco 49ers in the NFC Championship Game, and again after forcing Burrow into a final turnover. 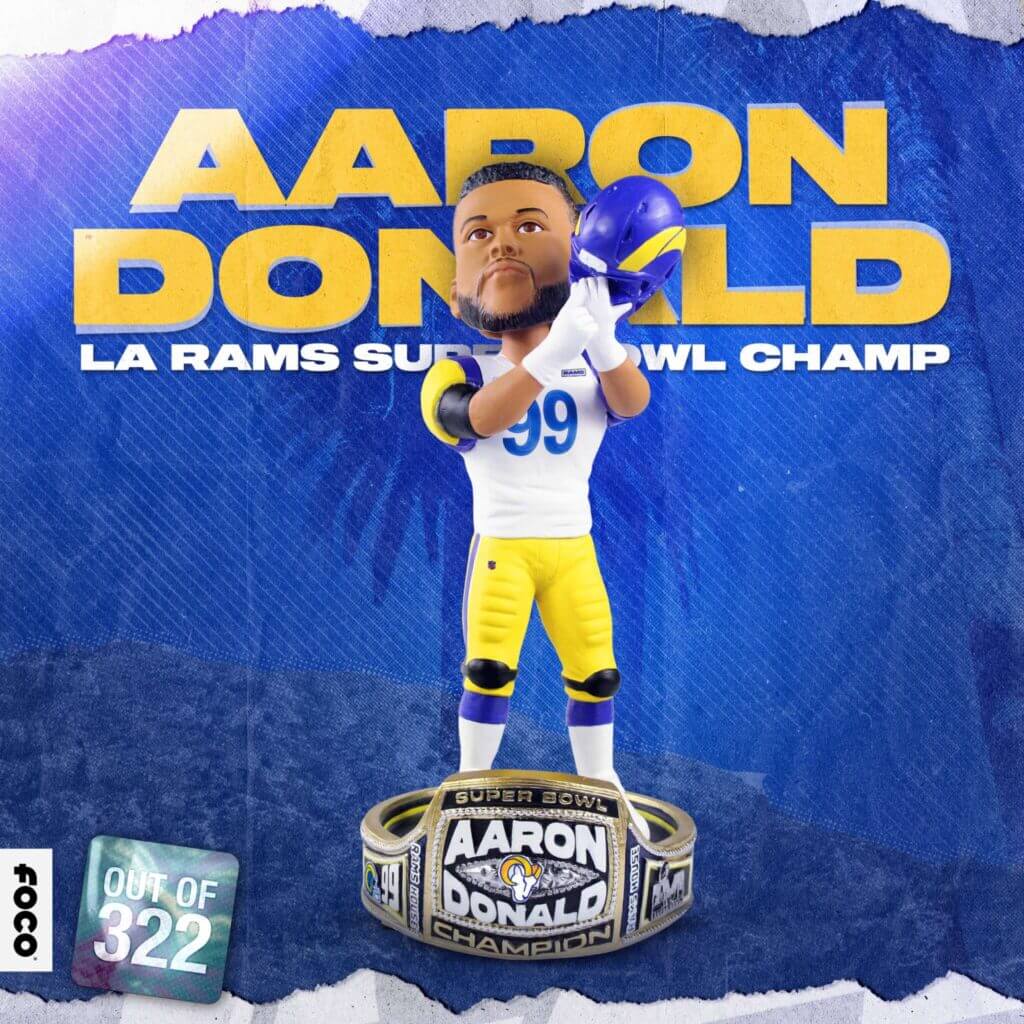 The Rams became just the second team in NFL history to win a Super Bowl in their home stadium. Coincidentally, both of those have come in the past two seasons, as the Tampa Bay Buccaneers accomplished the feat in 2021.

Leading up to kickoff of the Super Bowl at SoFi Stadium, Rodney Harrison revealed Donald was considering retiring after the game. Donald then appeared committed to returning for the 2022 season, but more recently suggested he could easily retire.

When the 31-year-old did announce at the Rams’ Super Bowl parade that he would ‘run it back,’ it was contingent on the team re-signing key free agents.

Donald was referring to Von Miller and Odell Beckham Jr., neither of whom are currently on the Rams’ roster. Miller signed with the Buffalo Bills and Beckham remains a free agent.

Meanwhile, Donald has not yet signed a contract extension with the Rams, which prompted his latest remarks about being comfortable potentially heading into retirement this offseason. The expectation largely remains the Rams will soon work out a new deal with Donald.